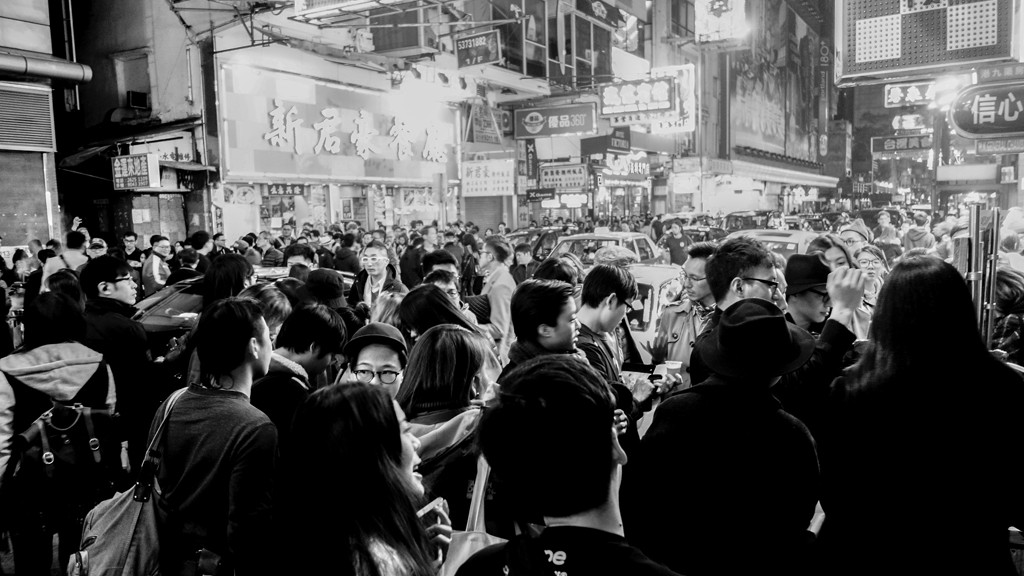 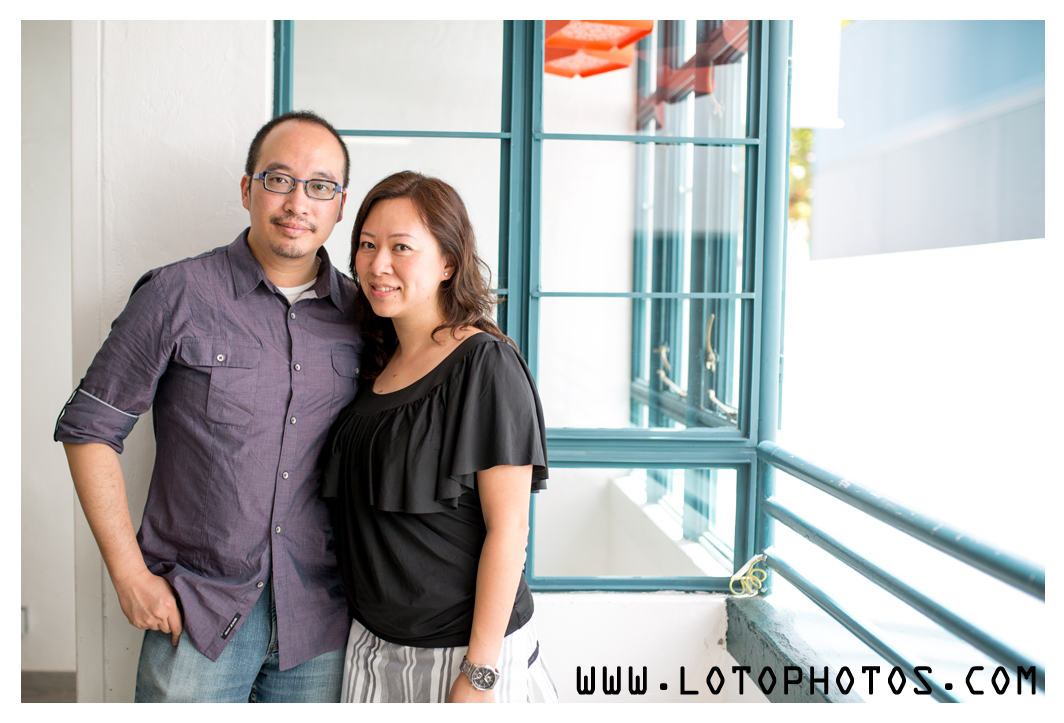 A few months ago, I did a shoot for Henry and Wendy for their anniversary in Hong Kong.  Here are some photos from that shoot. To offset the BW challenge, i am posting a color photo.  This is a test shot I did of the stilt houses in Tai O, Hong Kong.  Photo shot with Graflex Speed Graphic + Fujinon W 65mm f5.6 lens + Fuji FP100c scanned with Doxie Flip. 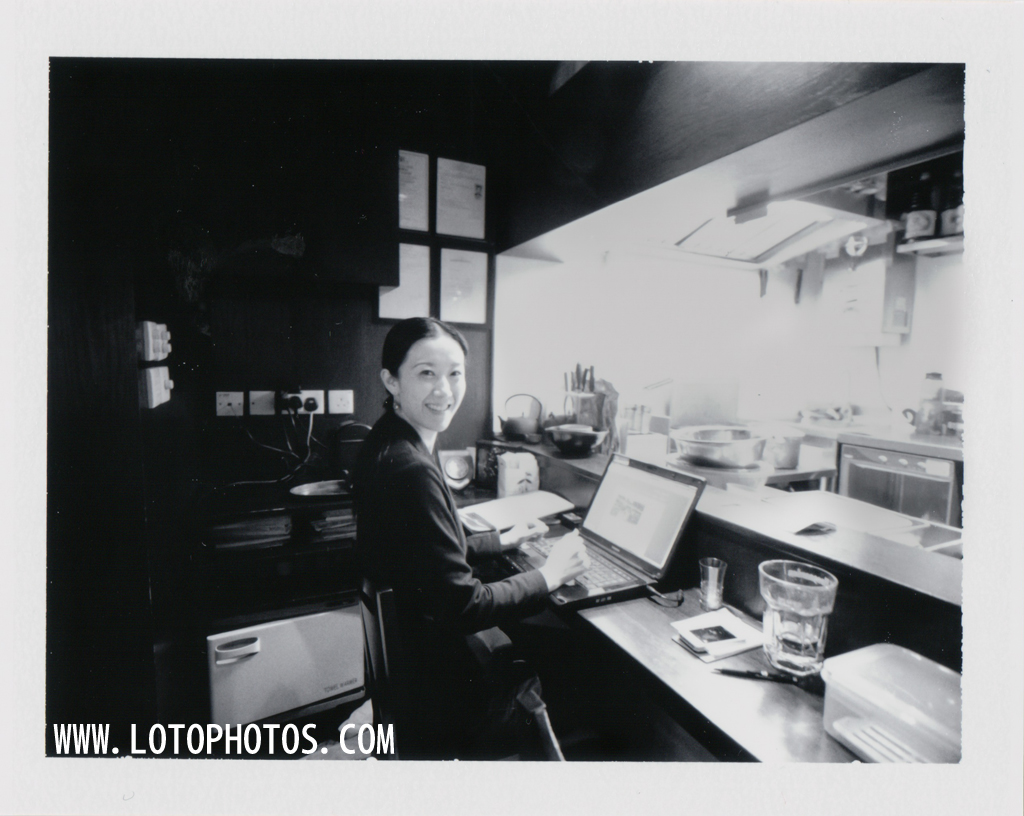 Day 3 of 5 of black and white photo challenge.  Each day I am trying to post a photo that is taken from a different camera and a different medium.  Today I picked a BW polaroid that I shot at the Sake Bar Ginn in Hong Kong a while back.  Ayuchi was working late as usual that night while I took the photo.  Photo taken with Mamiya Universal + 50mm f6.3 lens on Fuji FP3000b scanned with Doxie Flip.  When it comes to Polaroids, it wasn’t too hard to name my next challenger, Charlie Xia.  He has been the biggest ambassador for my Polaroids and we need more people like him to keep this alive!  So Charlie, I nominate you to the BW photo challenge, in which to post one BW photo per day for 5 days and also nominate someone each day because it’s fun. 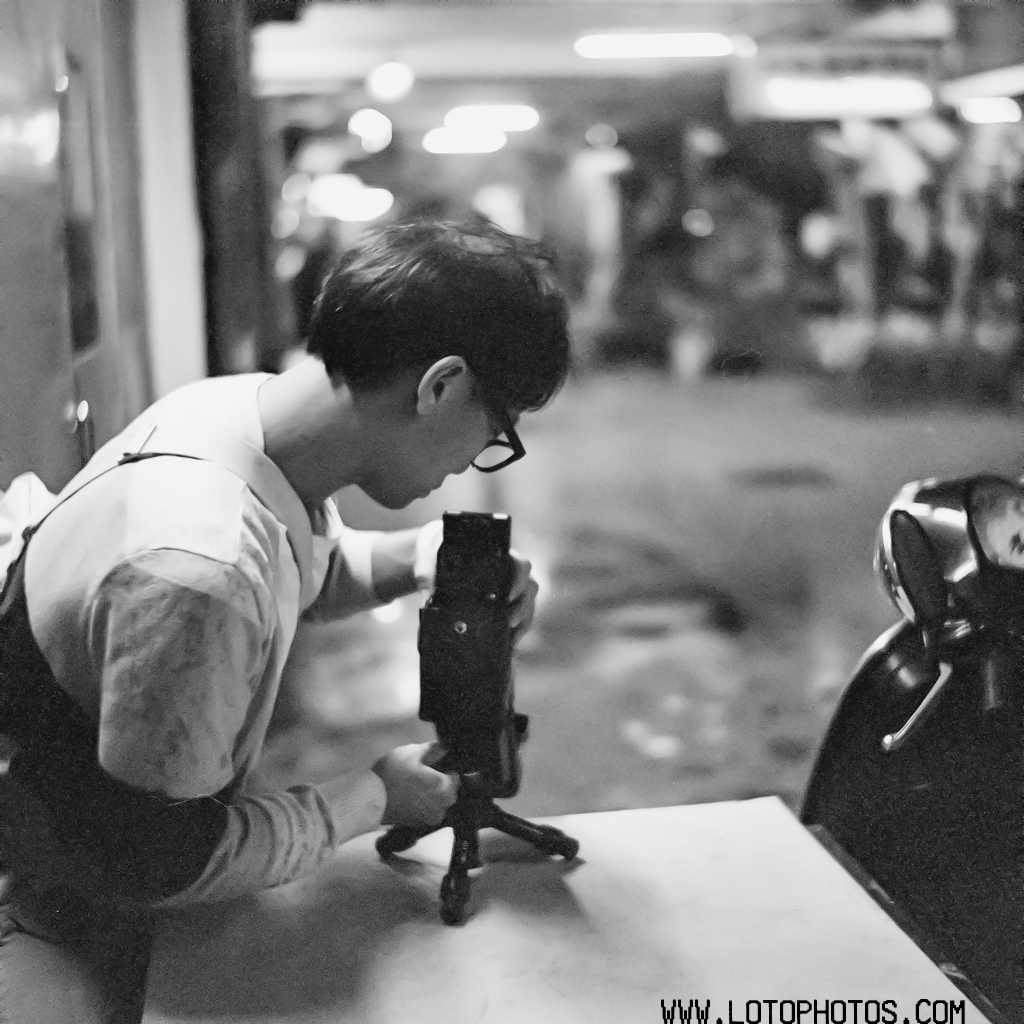 Here is a photo of Cedric shooting with a Seagull TLR camera.  Taken with Zeiss Ikon 532/16 with Ilford XP2.

Casual dinner at Le Moment in Soho, Central, Hong Kong.  Bob the owner is always on top of his wine collection.  Through his introduction of his food and wine collection, you can feel his enthusiasm, passion and energy (which in my opinion is lacking in most restaurants in Hong Kong).

Here is a shot of the pencil sketch on the wall at Le Moment.  Taken with Canon 5D3 + Sigma 35mm f1.4 lens.  At 35mm wide open, you can see very noticeable vignetting at the corners. 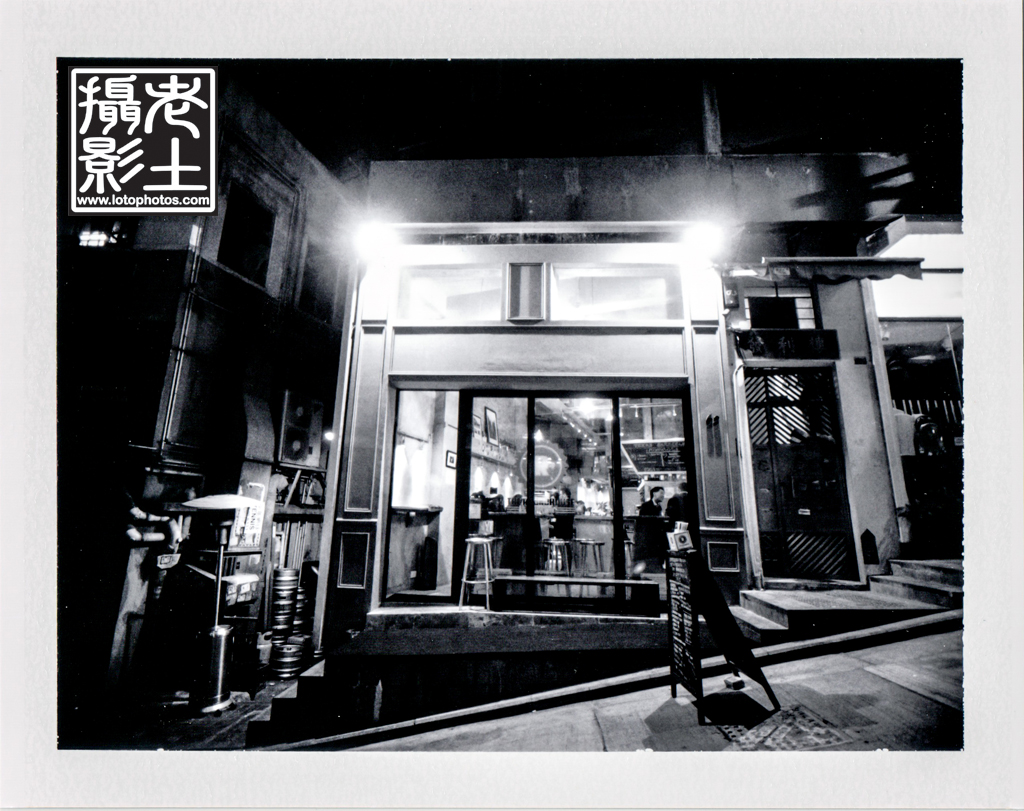 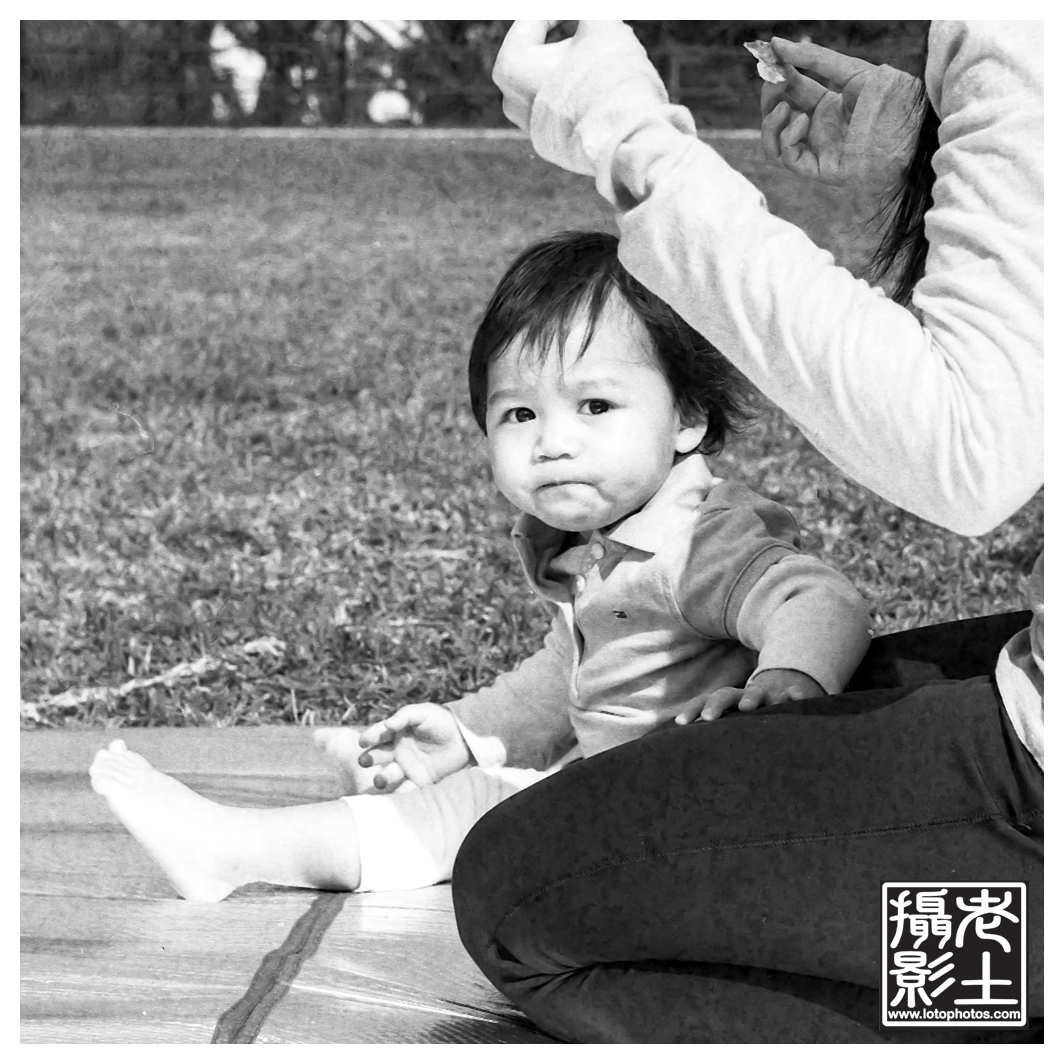 It was a sunny day during Gordon, Vicky and Cailey’s photo shoot.  Ever since I got my Zeiss Ikonta B 532/16, I have been neglecting my Seagull TLR.  Here are a couple of shots from the shoot, Seagull 4A-103 TLR + Shanghai GP3 film.  Developed stand, Rodinal 1:100 for 1.25 hours, inversion first two minutes, then one turn every 30 minutes.  Fixed with Kodak Rapid Fix, scanned with Epson Perfection V700.

Honestly, not too happy with the grain size, perhaps it’s time to go back to D76! Always hit and miss with these shanghai film. 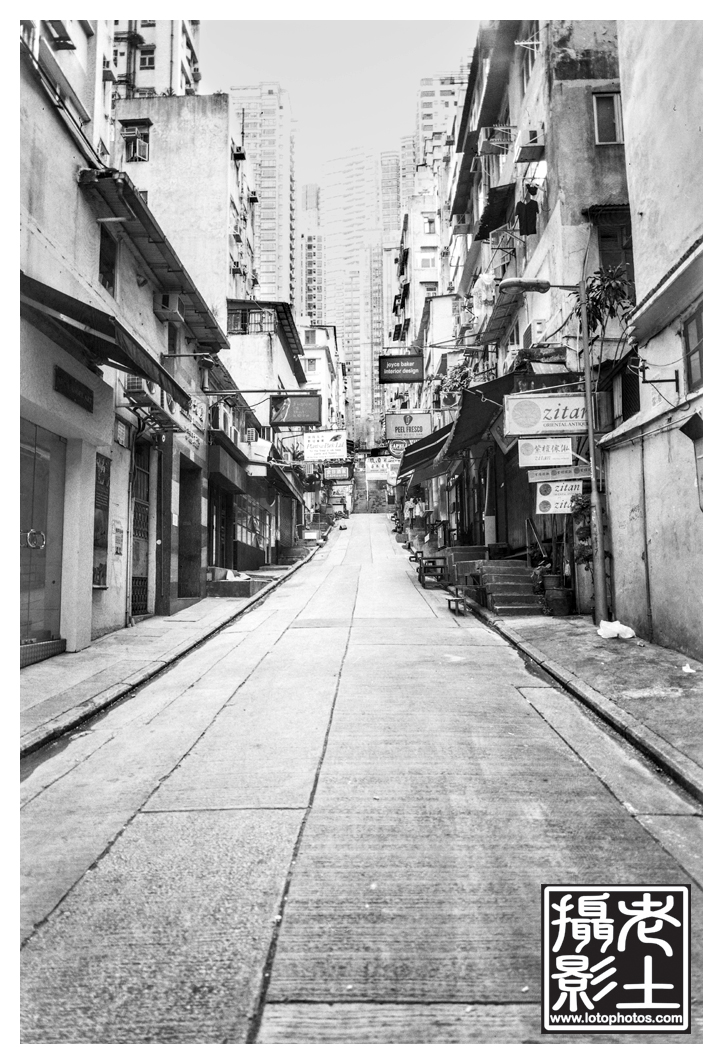 The result was not bad at all, this photo taken on Peel St. Central, Hong Kong. 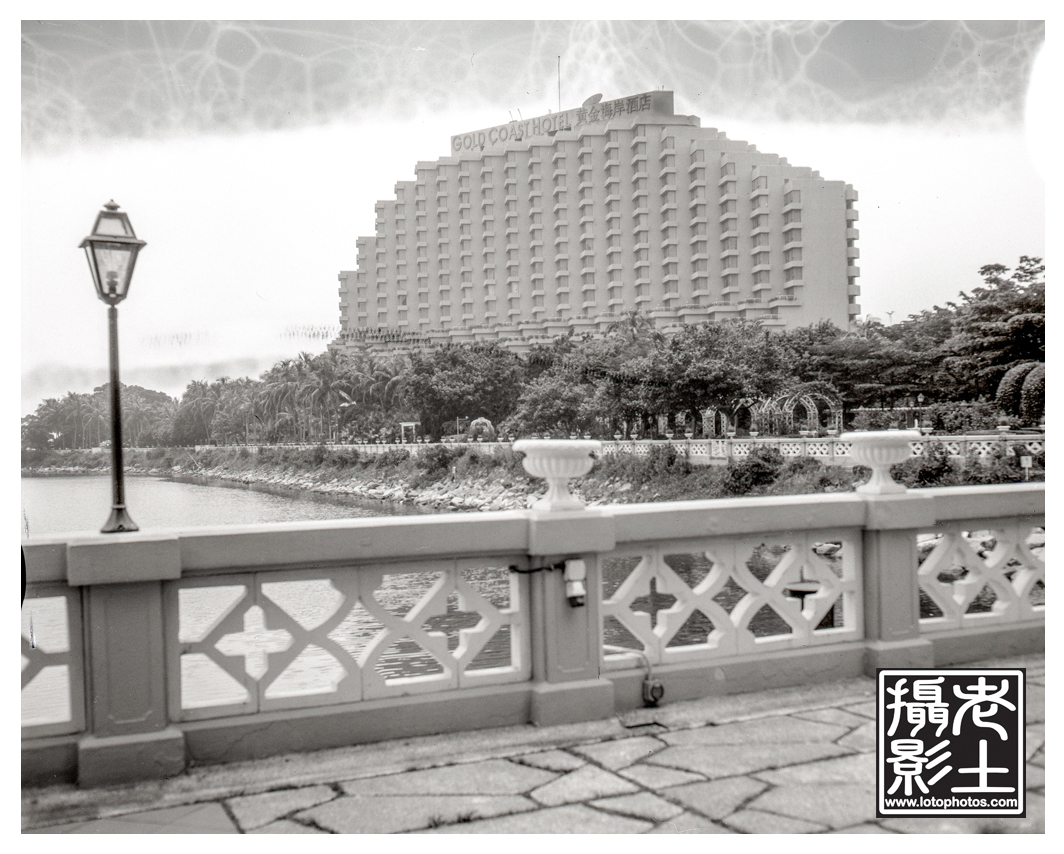 Two weeks ago, I took the Graflex Pacemaker Speed Graphic for a spin in the Gold Coast.  It was a bright sunny day and I thought would be perfect to try out the machine with some el cheapo Shanghai film.  Pointing towards the hotel as shown below, I was shooting at f11, 1/50.  From my experience with the Polaroid 800, these Shanghai 4×5 film is light hungry.  Even though it’s rated at iso 100, you have to compensate this by at least one click (shoot this at iso 50).  Most cases, I even have to shoot at iso 25 for low light conditions.  I got the most success when I compensate this by 1.5 clicks.

This unit is from 1955 and the ground glass is full of dirt.  Right in the middle of the glass, the fresnel is coming off.  I need to take the ground glass out and have a good cleaning of it and maybe replacing this.  I didn’t have a focusing cloth and I just used my dark bag which worked ok.  It was tough to focus in the 35C weather and the sun shining right at you.  On top of that, you have to bandage your head with the focusing cloth.  I should look at an angled viewfinder!  The Graflok worked perfectly and so did the Grafmatic film holder.

When I looked at the negatives, it was fine.  When I scanned it, I looked at the top part and I was like, it looks a lot more cloudy than it should? It was a bright sunny day.  Looking closely I can see water bubbles!  This was the first time I developed 4×5 with the taco method in the Paterson tank.  The Paterson tank top is slanted, which allowed some movement of the 4×5 while developing.  The AP tank that I used before, the top part was relatively flat and it was fine.  Next time if I am using the Paterson tank, I have to use 900mL of solution rather than 650mL.  It’s these unexpected “boo-boo”s that makes analog film interesting.  The photo really has a vintage feel to it.  I look forward to another shoot soon!