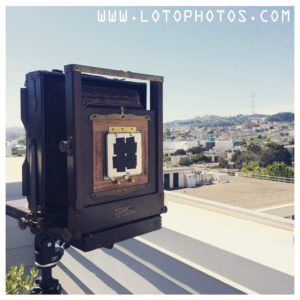 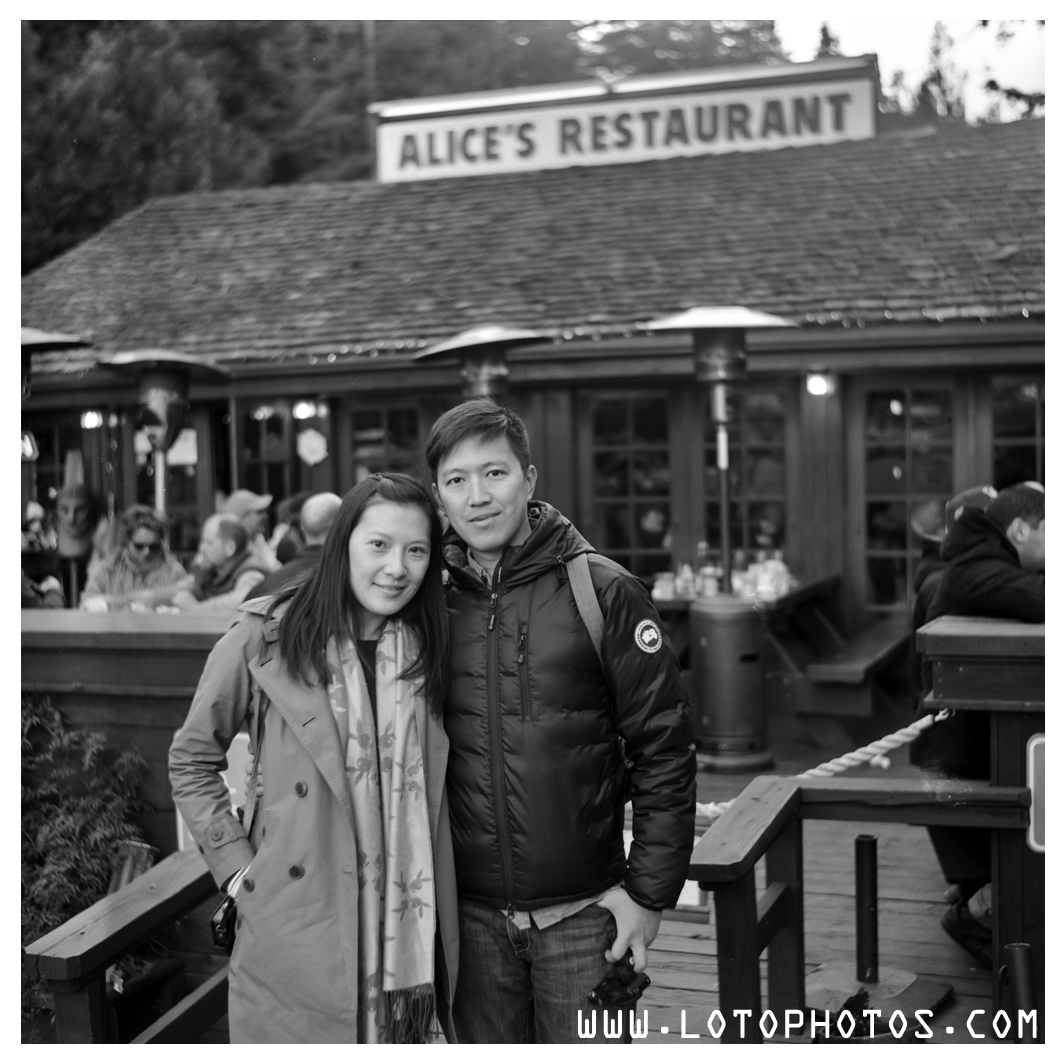 Hardly shot anything in the past six months, I finally got my dark room setup last week. Rolls of 120s and tens of 8×10 sheets were waiting to be developed in the past nine months.  Honestly I don’t even remember what I took in the medium format rolls.  I mixed some d76 last weekend, got the development tanks, measurement cups all cleaned up.  Timer, thermometer all in place.  Dry hanging rack and enclosure all in tact.  After studying past notes on development, in the past weekend, I finally developed my first roll of film in nine months.

Opening the jobo tank, I see images, images that I didn’t recognize and had no recollection.  I didn’t think too much of it and let it hang dry.  I scanned some of the photos today and saw this photo.

I looked at this and I was like wow.  The Zeiss Ikonta is one of those under-rated cameras.  It folds nicely, has a Zeiss Tessar at f2.8.  The rangerfinder is also easy to use and you can focus really quickly.  Looking at this photo, instantly, I wanted to go out and shoot more.  Jaded from all the moving and change in the past year, I guess this was a catalyst for me to get back into what I love doing. 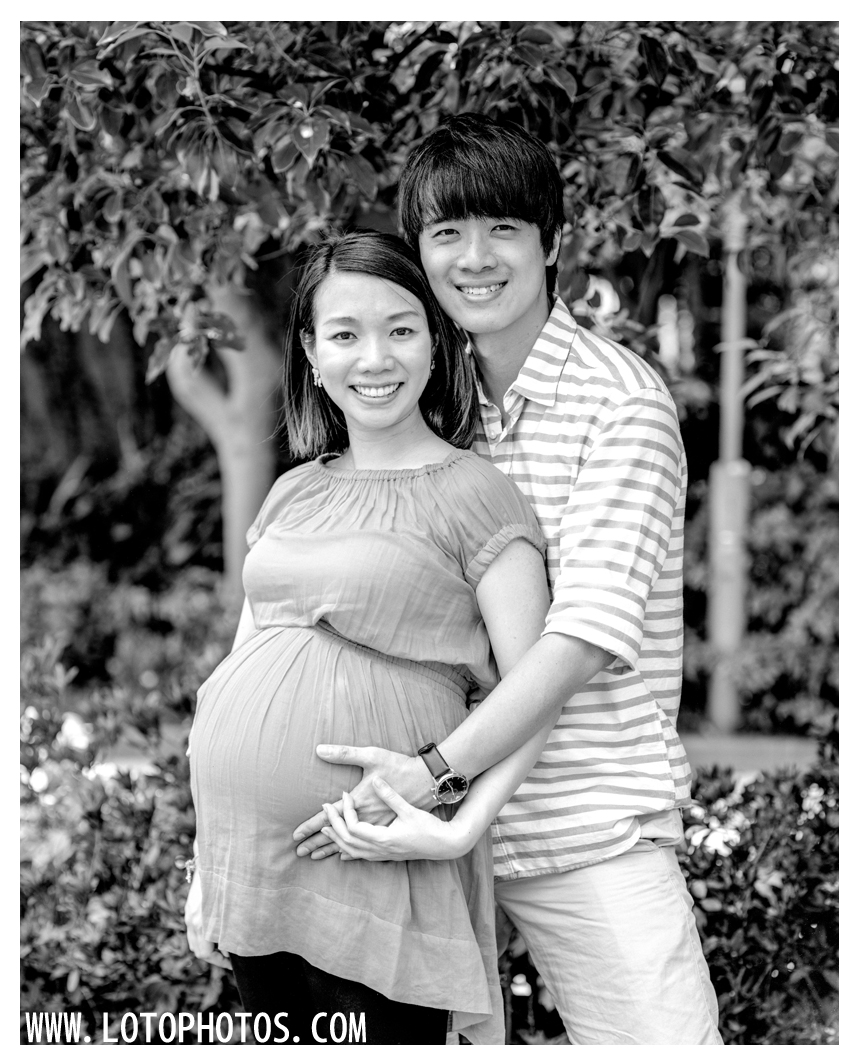 Thanks for Cheung Billy Ka Ming, I accepted the BW photo challenge.  I will be posting one BW photo a day for five days and will nominate someone each day just for fun.  Here is a photo I have taken from a maternity shoot I did not long ago.  The lovely couple is Catherine Wong and Denis Ng.  This photo was taken in Hong Kong with Graflex Speed Graphic + Fujinon A 240mm f9 lens + Fuji Acros.  Film developed in Kodak d76 1+1, Kodak Rapid Fix and scanned with Epson Perfection V700.  This is one of the first photos I took with the newly acquired A 240mm f9 lens and I have to say it’s absolutely the sharpest lens I own.  The lens is extremely light and what’s amazing is that it can even cover 8×10!  Today I would like to nominate Kirk Lau to accept my BW photo challenge. 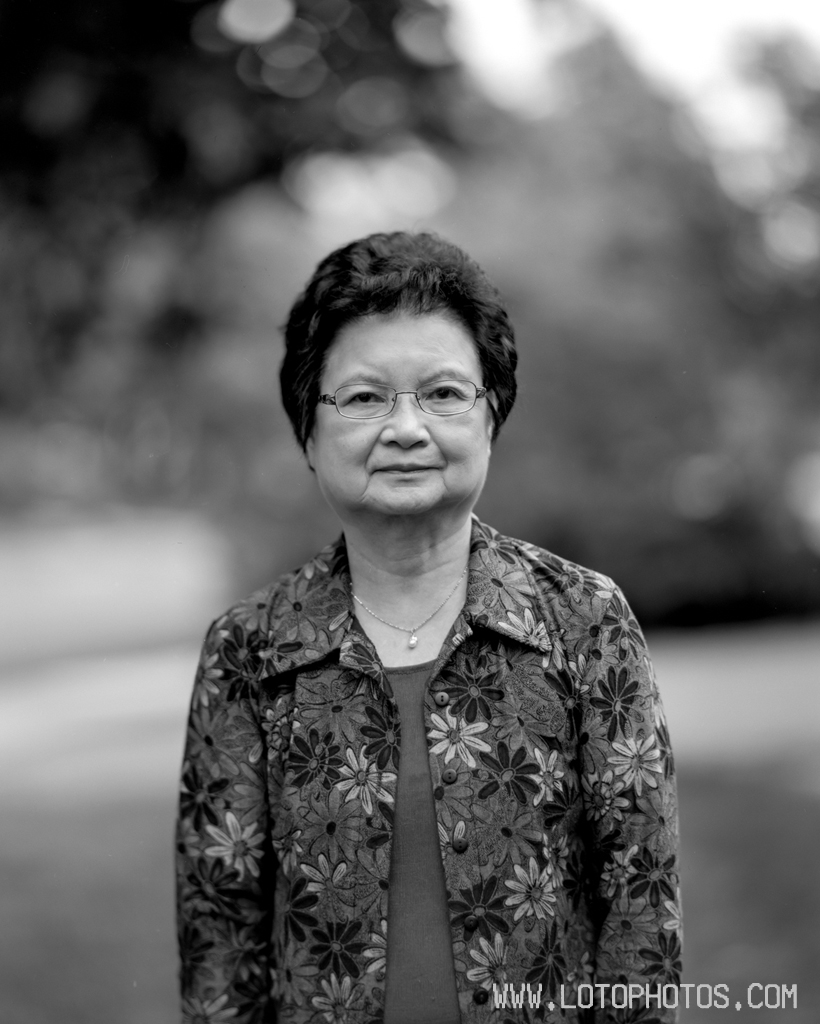 One of the best LF portraits I have taken recently is this one of my mom.  Taken with Graflex Speed Graphic + Buhl 9″ f3.6 lens + Fuji Acros.  Developed in Kodak d76, 20C 11 minutes, first minute agitation, 4 flips every minute.  Fixed with Kodak RapidFix and scanned Epson Perfection V700. 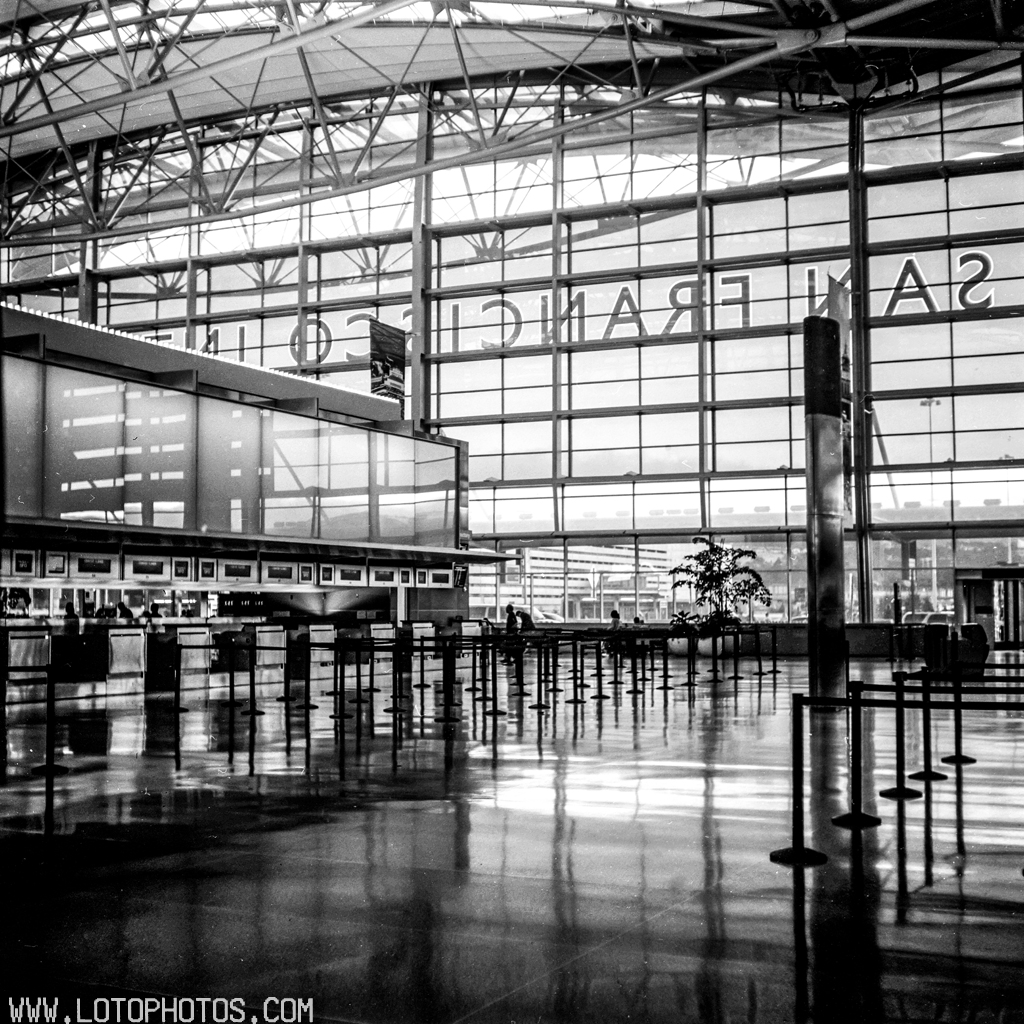 I had a few shots left on my Zeiss Ikonta 532/16 before I boarded a plane at SFO.  The sun was setting and made a nice reflection on the ground.  Taken with Zeiss Ikonta 532/16 on Fuji Acros.  Developed in Kodak d76, 20C, 11 mins, first minute agitation, then 2 flips every minute.  Fixed with Kodak rapid fix and scanned with Epson Perfection 4870. 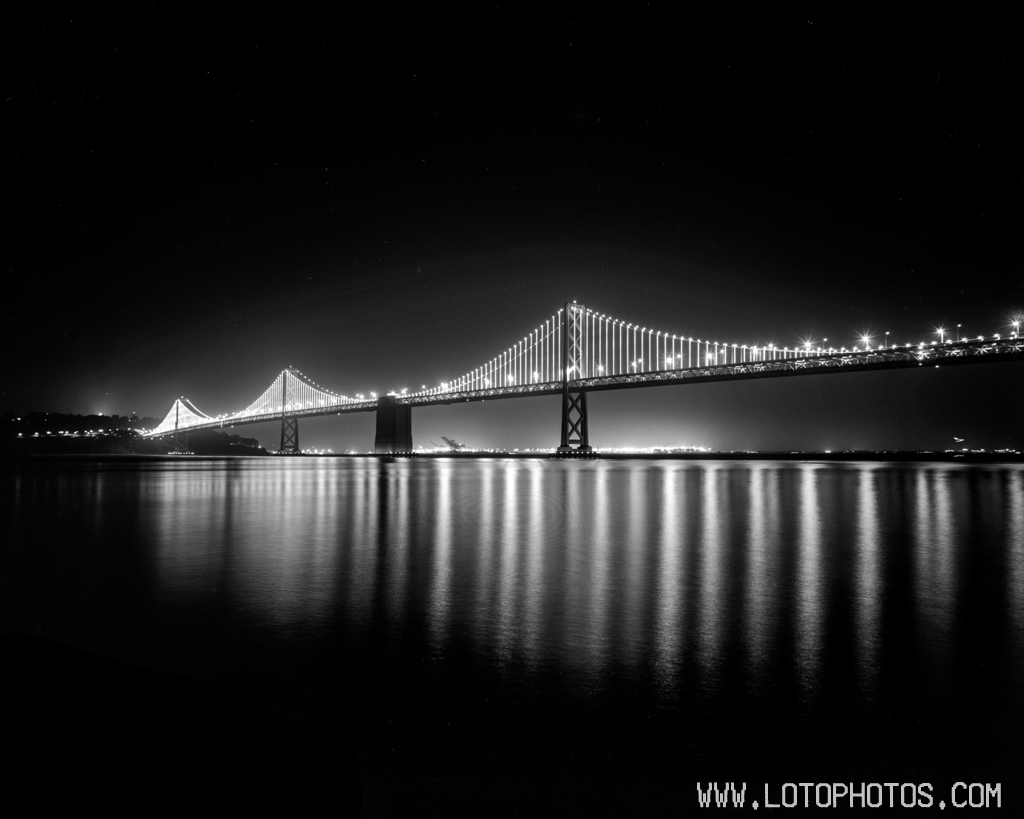 After fixing another old speed graphic and a graphex 90mm f6.8 lens, I put it to use with Fuji Acros on a clear evening shooting the Bay Bridge in SF.  Developed in Kodak D76, 20C, 11 mins, agitation first minute then 6 flips every minute.  Fixed in Kodak Rapid fix.  Scanned with Epson Perfection V700. 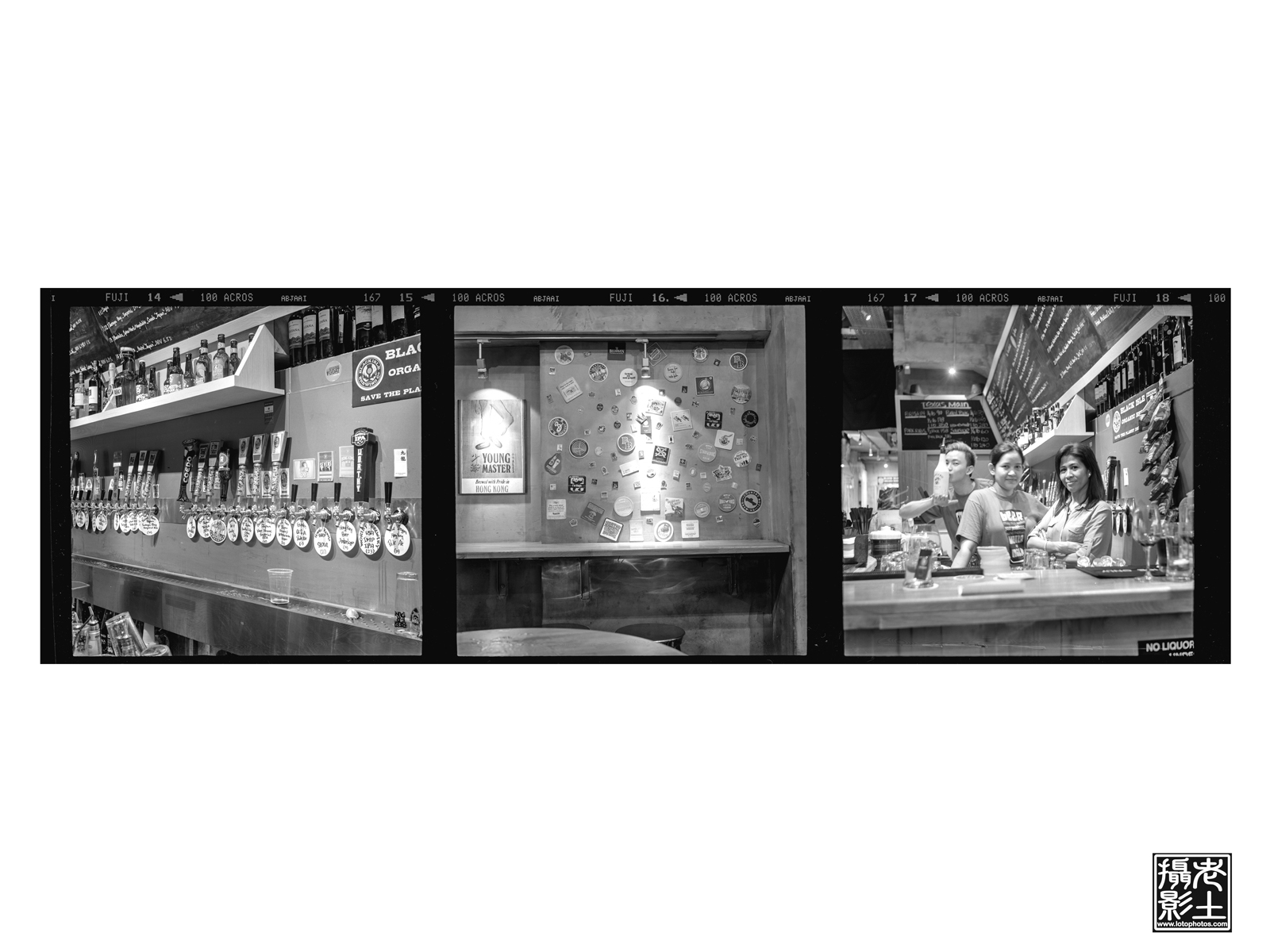 I was over at the Roundhouse for beers and took some photos inside.  Shown here are three consecutive frames taken with my Zeiss Ikonta 532/16 on Fuji Acros 100.  First two frames were taken with f16 @ 4 seconds.  The last shot with f5.6 @ 1 second.  Film developed in Kodak D76, 10 minutes @ 23C, 30 seconds initial agitation and two flips every minute, scanned with Epson Perfection V700.