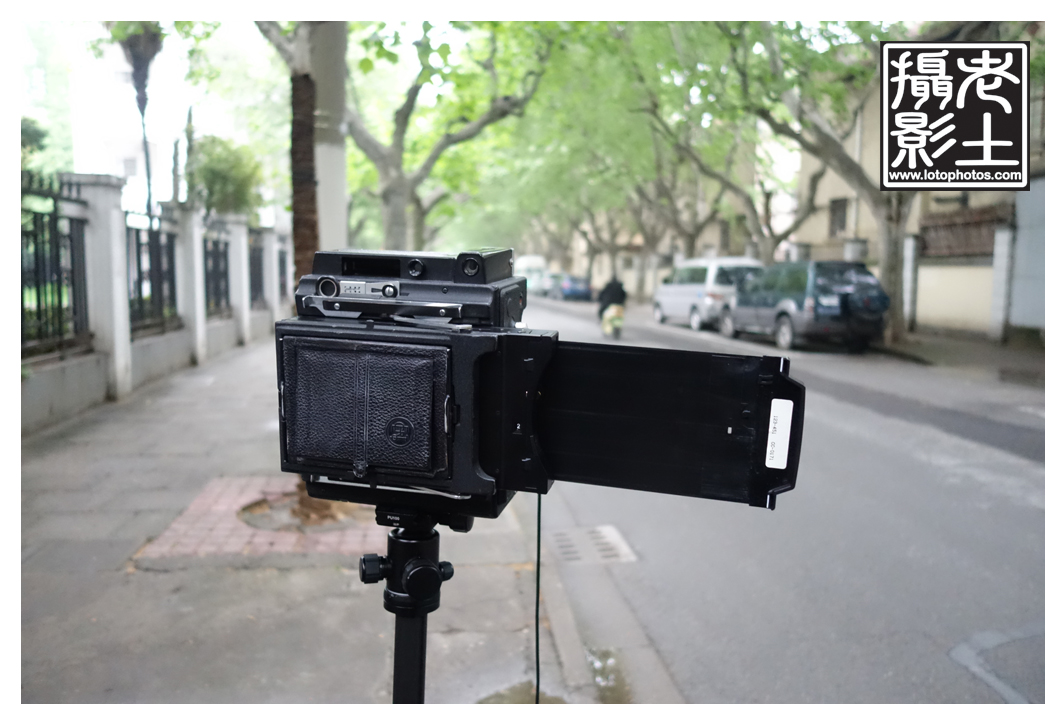 I haven’t done pinhole in the longest time and WPPD was a great excuse for me to start again.  I was in Shanghai and faced with less than ideal weather conditions, drizzling on and off all day, windy and cold.  Nevertheless, I managed to get a few shots in.  It was quite a challenge to do long exposure in Shanghai because everyone is wondering what you are doing and in times stood right in front of my camera, ruined many shots.

I tried to do this as scientifically as possible.  I will measure my film to hole distance and divide by 0.6 to get my f ratio (I usually stuck with f128) then I will use that in my meter.  I didn’t want to use my expensive Acros for the job and used my el cheapo Shanghai film instead.  The reciprocity is super crappy with that film.  A shot that is meter to be one minute will take eight minutes to complete!  The lighting was also bad as it was dark and gloomy most of the day and most conditions were metered to be 1 to even 30 minutes!  I ended up taking a lot more Polaroids as it was rated at 3000 iso.  The reciprocity is also quite bad with these Polaroids and a 30 second exposure will span into a 2.5 minutes shot.

With all the rain and chaos, I ended up at home and made a few shots of the beautiful tiger lillies in a more controlled environment.  The following is a photographic diary of today’s shoot.