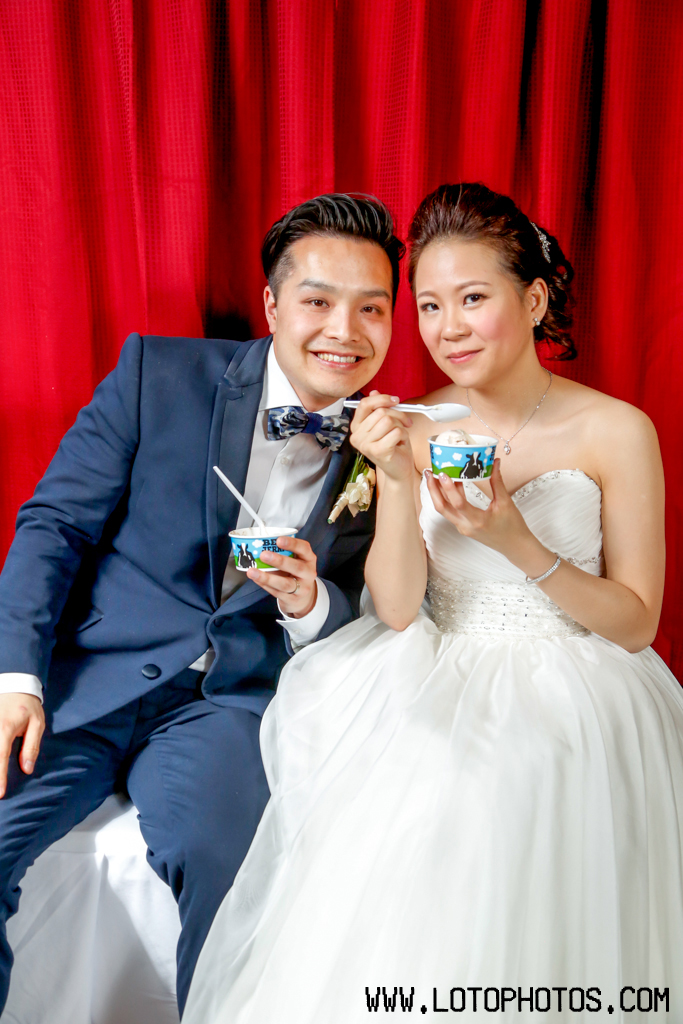 Another successful photo booth gig.  Thanks for Richard Lau for helping out with all the printing during Matthew and Jessica’s wedding.  Two remote triggered flashes on one direct and one reflective umbrellas.  Trigger system fully yongnuo (YN622 remotes + YN565II flashes).  Shot using Canon 5D3 with 24-105mm f4 lens.  Photos printed on two Canon CP720 and one Canon CP900 printers. Shot Matthew and Jessica’s wedding old school in FP3000b.  I was equipped with two Polaroid Land 250 cameras a couple of packs of the discontinued FP3000b.  The images turned out nice and again reminded me of images seen from my parents wedding. 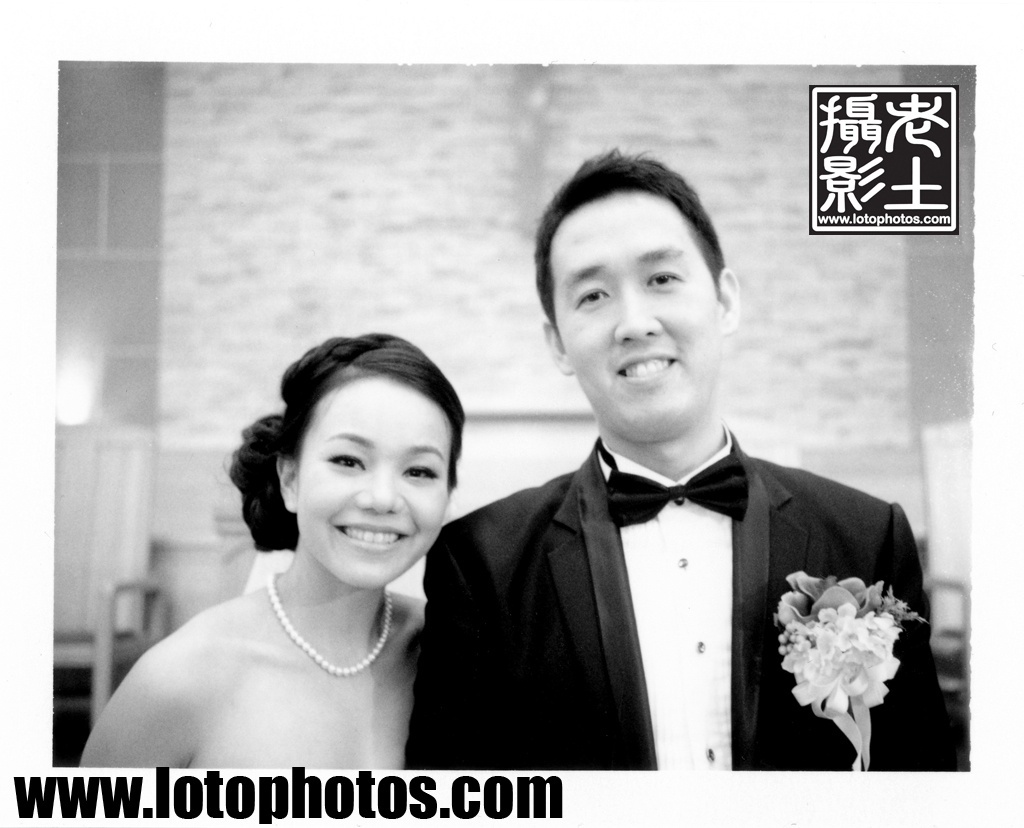 A little while back, I attended Dennis’ and Rachel’s wedding.  As usual, I planned to shoot some lotophotos with my vintage equipment.

My Mamiya Universal had not seen light for a while and I figured will be the perfect camera to shoot during the ceremony.  Manual exposure, F4.7 lens, nice shutter release and hand grip, everything ready.  Just before the bridal party started the march in, I took the Universal for a test shot at the groom’s family.  Weight lifting the 15 pound machine, I clicked the shutter.  I hear no “click” sound, crap.  I knew somehow the shutter didn’t go off and somehow it was stuck.  I dashed back to my seat, pulled the film out and just as I suspected, it was completely black.

Frantically, as the bridal party started to march in, I took the film pack out of the Mamiya Universal and inserted it in the Polaroid Land 250.  I did not have my dark bag with me nor did I had time to waste.  By taking the pack of film out like this, I openly exposed one shot.  I pulled the dead shot from the Polaroid Land 250 and it was ready to go.  Life is good again.

The church was well-lit and the FP3000b film was good enough for hand held shots.  Here are the lotophotos taken with the Polaroid Land 250 that day.

Even with ISO 3000 film, action shots were proven difficult with the wide opened f8.8 aperture.  Both of the following shots were slightly blurred but exhibited strong sense of movement.

This shot I particularly liked the flower bell bokeh.

Semi-still shots were acceptable, given the couple weren’t moving too much.

With still shots, this is when the Polaroid Land 250 performed the best.  These cameras were made for still shots and the resulting photos were all super sharp.  The following shot was taken with a tripod and a modified Polaroid self timer #192.  I will post another blog featuring this timer and why it has to be modified in the near future.

Family photos are among my favorites and below is a lotophoto that I took of Dennis’ family.  Always loved to see some people with their eyes closed.  With film, this was the way it was.  You won’t be able to see the result until you develop it, long after the event.  With that mentality, I didn’t even bother taking another shot with my Polaroid.

I attached the portrait lens kit with the following two lovely shots.  Here is Joseph, the best man and the groom.

The last and certainly my favorite shot of the day.  I was delighted to capture the genuinely happy couple in this photo.

The shoot was proven successful.  It’s amazing what you can achieve with simply a pack of film and an old camera.  The overhauled Polaroid Land 250’s exposure was dead on.  Particularly the last shot, totally reminded me of the 2R sized photos of my parents of their wedding day that are still in their wallets.  With the Polaroid Land 250, a camera that was made in the mid 1960s, even after almost half a century later, continues to capture the special moments for the reason of its first existence.  Looking at the eight shots I made, reminded me of my parents’ lotophotos of their wedding day and the dusty albums that I loved going through when I was a child.  I hope one day, the children of the happily wedded couple will enjoy them the same way as I did with the ones of my parents.