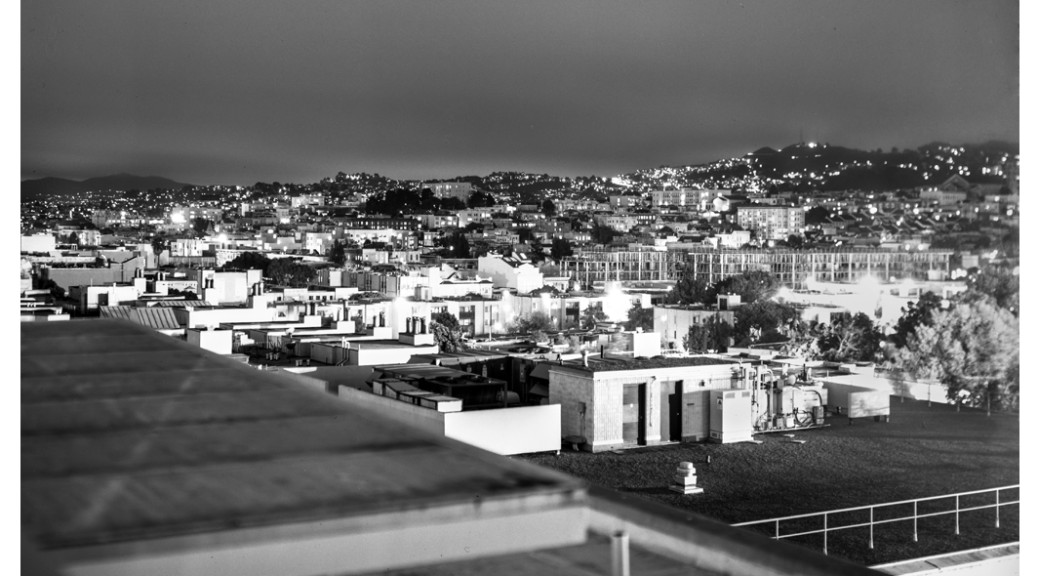 The last test of 12x was slightly over-exposed so the new test was a 10x compensation for one minute exposure.  It looks like a working combination.  I was also testing out my Kodak 8×10 2d with a Goerz 12″ f6.3 lens.  It’s amazing that a 91-year-old camera is still holding up and taking great photos just like it did when it was out of the factory.  Film developed in Kodak d76 1+1 22C for 10 mins, scanned with Epson Perfection V700.

I had some doubts  with the Goerz lens as it was over 90 years old.   Initial inspection showed a perfect lens (with only two tiny tiny air bubbles in the front element that won’t affect the photo).  The shutter is snappy (seemed accurate) and both B and T modes work.  The middle of the photo is pin sharp.  The left side however, was slightly off focus.  At first I thought it was corner sharpness of the lens but then I was shooting at f8, so this is not likely the issue.  I inspect the camera again and found that the rear tilt adjustment was off.  The left and right gear was somehow off by at least three clicks.  I think it had been in this position for a very long time and I had to spend sometime forcing it back to right position (without breaking it).  Now both left and right gears are matched, this focus issues should be fixed on the next shoot.